Professor Sang-Wook Kim’s research team of the Material Science and Engineering Department has developed a technique, which enables unzipping of the graphene plane without uncontrollable damage. The research findings were published online on the January 22 issue of Nature Communications.

Graphene is a form of carbon in which its atoms form a honey-comb structure through chemical bonding. If this structure can be cut to a desired form, other carbon materials with nanostructure can be created. Many researchers have tried to obtain the accurate unzipping of graphene structures, but faced challenges doing so.

To break a very strong bond between carbon atoms, an equivalently strong chemical reaction must be induced. But the chemical reaction not only cuts out the desirable borders, but also damages the surrounding ones. Conventional techniques, which cut out graphene at once, damaged the chemical properties of the graphene structure after unzipping. This is similar to wearing out paper while manipulating it.

To solve this problem, the research team adopted “heteroatom doping.” The idea is similar to a sheet of paper being split following a groove drawn on the sheet. After making some regions of the structure unstable by doping other atoms such as nitrogen on a carbon plane, the regions are electrochemically stimulated to split the parts. Nitrogen or other atoms act as the groove on the grapheme plane.

The researchers finely controlled the amount of unzipping graphene by adjusting the amount of heteroatom dopants, from which they were able to create a quality nano graphene without any damage in its 2-dimensional crystalline structure. Using this technique, the researchers were able to obtain a capacitor with state-of-the-art energy transfer speed. The nano graphene can be combined with polymer, metal, and semiconductor nano molecules to form carbon composites.

Professor Kim said, “In order to commercialize this technique, heteroatom doping should be researched further. We plan to develop fabric-like carbon materials with excellent mechanical and electrical properties using this technique.” 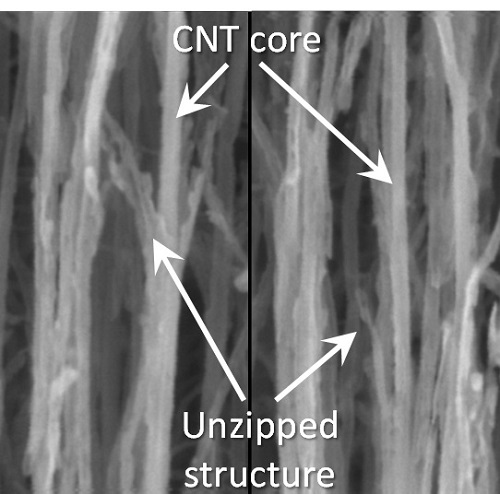 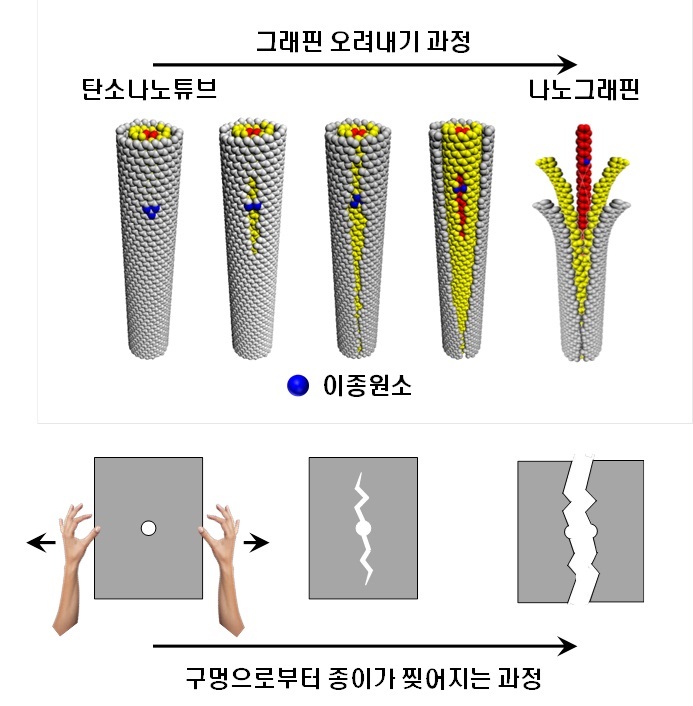 This process is similar to a paper being split in two from a tiny hole punched therein.

Next-generation Holographic Microscope for 3D Live Cell Imagi... 2016.06.18by KAIST_INSTITUTE A Firefighter Drone That Flies and Crawls Up Walls [2016-01-20] Next