KAIST researchers have developed a revolutionary bio-medical imaging tool, the HT-1, to view and analyze cells, which is commercially available.

Professor YongKeun Park of the Physics Department at the Korea Advanced Institute of Science and Technology (KAIST) and his research team have developed a powerful method for 3D imaging of live cells without staining. The researchers announced the launch of their new microscopic tool, the holotomography (HT)-1, to the global marketplace through a Korean start-up that Professor Park co-founded, TomoCube (www.tomocube.com).

Professor Park is a leading researcher in the field of biophotonics and has dedicated much of his research career to working on digital holographic microscopy technology. He collaborated with TomoCube’s R&D team to develop a state-of-the-art, 2D/3D/4D holographic microscope that would allow a real-time label-free visualization of biological cells and tissues.

The HT is an optical analogy of X-ray computed tomography (CT). Both X-ray CT and HT share the same physical principle—the inverse of wave scattering. The difference is that HT uses laser illumination whereas X-ray CT uses X-ray beams. From the measurement of multiple 2D holograms of a cell, coupled with various angles of laser illuminations, the 3D refractive index (RI) distribution of the cell can be reconstructed. The reconstructed 3D RI map provides structural and chemical information of the cell including mass, morphology, protein concentration, and dynamics of the cellular membrane.

The HT enables users to quantitatively and non-invasively investigate the intrinsic properties of biological cells, for example, dry mass and protein concentration. Some of the research team’s breakthroughs that have leveraged HT’s unique and special capabilities can be found in several recent publications, including a lead article on the simultaneous 3D visualization and position tracking of optically trapped particles which was published in Optica on April 20, 2015.

Current fluorescence confocal microscopy techniques require the use of exogenous labeling agents to render high-contrast molecular information. Therefore, drawbacks include possible photo-bleaching, photo-toxicity, and interference with normal molecular activities. Immune or stem cells that need to be reinjected into the body are considered particularly difficult to employ with fluorescence microscopy.

“As one of the two currently available, high-resolution tomographic microscopes in the world, I believe that the HT-1 is the best in class regarding specifications and functionality. Users can see 3D/4D live images of cells, without fixing, coating or staining cells. Sample preparation times are reduced from a few days or hours to just a few minutes,” said Professor Park.

Two Korean hospitals, Seoul National University Hospital in Bundang and Boramae Hospital in Seoul, are using this microscope currently. The research team has also introduced the HT-1 at the Photonics West Exhibition 2016 that took place on February 16-18 in San Francisco, USA.

Professor Park added, “Our technology has set a new paradigm for cell observation under a microscope. I expect that this tomographic microscopy will be more widely used in future in various areas of pharmaceuticals, neuroscience, immunology, hematology, and cell biology.”

Figure 1: HT-1 and Its Specifications 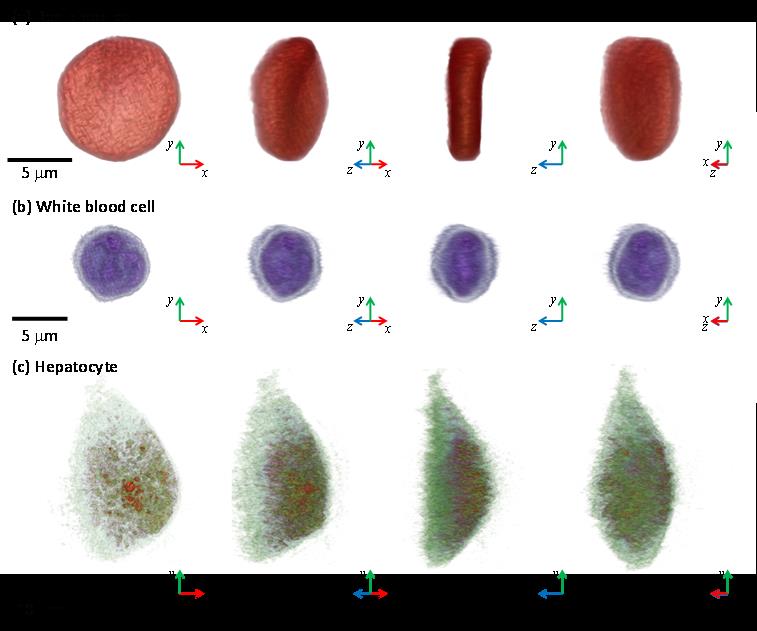 Graphene-based Transparent Electrodes for Highly Efficient Fl... 2016.06.18by KAIST_INSTITUTE KAIST Researchers Develop a Technology to Enable Unzipping of... Next